Pawn shops have always been viewed as dark, dreary places selling illegal fare to second-class citizens. They have been portrayed in the media for decades as a last resort that only desperate, cash-strapped people utilize. It’s time to end these misconceptions once and for all!

Below are four myths about pawn shops that will help you understand the industry and see how it can benefit you.

Believe it or not, less than 0.01% of all goods sold at pawn shops stem from theft. Like many industries, pawn shops have laws that regulate their proper conduct. Pawn brokers work with police to stop the distribution of illegal goods and brokers are licensed in accordance with provincial and federal laws.

2.Only Poor People Get Pawn Loans

Pawn shops are used by anyone and everyone. Most people don’t know that the typical pawn-loan customer is employed and only occasionally needs a short-term loan because of an unforeseeable expense, such as home repairs or medical expenses.

This is one of the most common misconceptions. The truth is, pawnbroker loans are small in dollar amount and are of short duration and there are no hidden charges like those common at banks. In comparison to the cost of a payday loan or the charge of a bounced check, pawnbroker fees are minuscule.

Many people view pawn shops as old-fashioned because they have been around for thousands of years and have remained nearly unchanged. But as the saying goes, if it ain’t broke don’t fix it. The structure has worked since pawn loans came into play and the service is becoming increasingly popular due to the civilized nature of the loan.

About the Author: admin 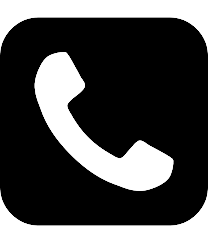